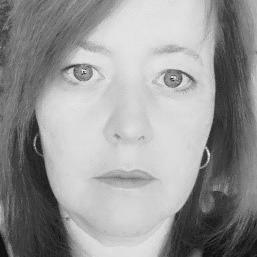 Dr Rachael Martin is a Lecturer in Psychology for the School of Social Sciences and Humanities.  She is Course Leader for the BSc (Hons) and Associated Routes and the MSc Applications of Psychology.

She is a Senior Fellow of the Higher Education Academy and has 13 years of teaching experience from levels 3 (Access) to 7 (MSc).

Rachael is a Chartered Member of the British Psychological Society.

Rachael contributes to the Level 5 Qualitative modules. She is Module Leader for Level 6 Individual Differences, Level 7 Psychological and Neuropsychological Assessment, Psychology in Practice and the Dissertation. She supervises undergraduate and postgraduate dissertations and is currently co-supervising 2 PhD’s.

Rachael’s general research interests lie in the use of neuropsychology to understand human behaviour. Her specific area of interest is determining the neurological correlates of emotional disorders and to establish whether this can be modified using cognitive bias modification techniques.

Gayle Overton - Understanding the function of self-diagnosing Autism Spectrum Disorder (ASD) in adults, who have the belief of being on the autistic spectrum, within the UK population.