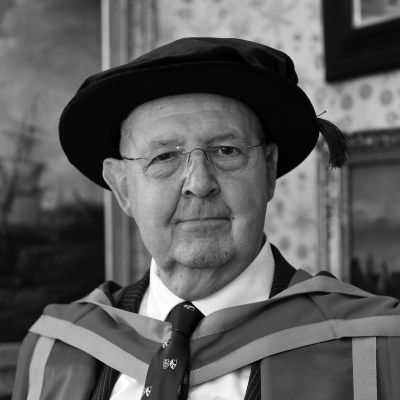 Institute of Health and Wellbeing

Professor G D Bell trained at St Bartholomew’s Hospital obtaining a double honours degree in his finals in 1968. The same year he obtained his MRCS LRCP and two years later passed the MRCP (UK). He was a research fellow at the Royal Postgraduate Medical School, Hammersmith from 1971 to 1974 during which time he studied for a MSc in Biochemistry and a Medical Doctorate. He later was awarded a FRCP at both the London and Edinburgh Royal Colleges of Physicians.

He was appointed Senior Lecturer at Nottingham University in 1976. In 1983 Duncan came to Ipswich replacing Dr John Paulley as Ipswich’s then only gastroenterologist. Successes included setting up a modern Endoscopy Unit, starting a Suffolk branch of the British Digestive Diseases Foundation and his Unit being voted the Hospital Doctor’s ‘Gastroenterology Team of the year’ in 1994. In the 1990s he chaired several National Committees including those on Sedation and Safety for Endoscopic Procedures and the original one on Informed Consent for Gastroenterological procedures. His inventions include the first non-radiological imaging system for colonoscopy (jointly with BT and Sheffield University), the oxygenating mouth guard and the non-invasive C14 urea breath best to detect Helicobacter pylori (HP) infection. Using this test his group performed many of the early studies on HP eradication therapy and re-infection rates.

Duncan moved to the Sunderland Royal Hospital in 1997.He returned to East Anglia in 2002 and worked until retirement at the NNUH in Norwich. There he helped with Regional colonoscopy training and the setting up of Norwich’s Colorectal Cancer screening service. He has won the prestigious British Society of Gastroenterology’s Hopkins Endoscopy Prize a record three times.

He has more than 135 peer reviewed papers and 300 publications and currently over 7,600 citations to his work. Now 76 years of age, he is still an active researcher and his current research interests at the University of Suffolk and UEA include 3-D printing, medical imaging, imaging algorithms, radiotherapy mask manufacture, and micro-computerised tomography to study such things as mouse brain development (with Dr Aida Rajic and Dr Richard Wingate) , the effect of water pollution and heavy metal poisoning using an amphipod model, Gammarus pulex (with Dr Nic Bury) ,various studies on insect morphology and the effect of 5G radio waves on insect development.