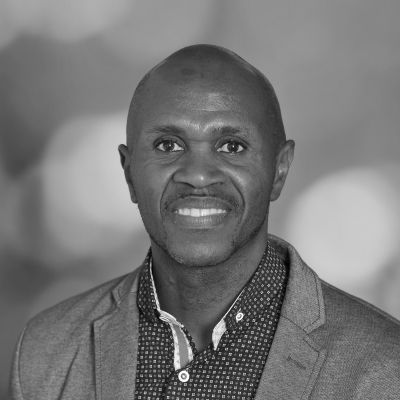 Garfield commenced his career in social care in 1990, working in residential care with adolescents. He completed his Dip.SW/Dip.HE in 1995 at Havering College of Higher and Further Education. During his career, Garfield has worked right across the statutory, voluntary and private sectors. Garfield returned to work in residential care for nearly three years after gaining his social work qualification, and followed this with roles with Barnardos New Families Project, Colchester, NCH Leaving Care, Bury St. Edmunds, Child Protection & Investigation, Clacton-on-Sea and private fostering, Norfolk and Suffolk.

More recently, he has been working as an independent social worker. Whilst working for NCH, Garfield completed a Connexions Personal Adviser Diploma through UEL. In 2006, he completed the Consolidation Unit of the BA PQ award at UEA and went on to gain the full award in 2008 (BA Hons. Specialist Practice; Children & Families).

He is an experienced trainer and group facilitator, having presented numerous courses to foster carers, adopters, students and colleagues. He specialises in anti-discrimination/anti-oppression, leaving care and safeguarding children.

Garfield was the Team Manager of a multi-disciplinary team between 2008 and 2010, which included social workers, therapist, education liaison, family support workers, and admin staff. He was responsible for the day to day supervision and development of the social work team. He has also had BA and MA students on placement with him, undertaking the role of practice assessor.

Garfield was approached to undertake a joint teaching session at University of Suffolk in February 2012, and returned as an occasional lecturer/tutor in September of the same year. Since September 2013, Garfield has been a member of the social work team on a part-time basis.

Garfield has particular interests in outcomes for fostered and adopted children, and for care leavers (he has been vociferous in his support for care leavers to Stay Put beyond their 18th birthday). He hopes to undertake further research in these areas. Garfield commences his Postgraduate Certificate in Higher Education Practice in January 2014.