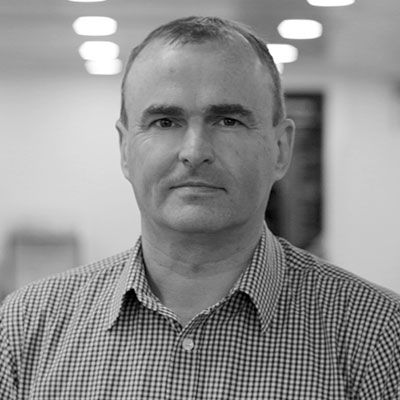 Before Steve joined University of Suffolk he worked in industry developing command and control systems for the UK military, as well as the training scenarios embedded into the systems.  Today, this area of development is referred to as 'serious games', an area in which Steve maintains an active interest.  He has been involved in several serious games projects including, gaming for the visually impaired, virtual interactive heritage applications and early years educational games.  Steve is also an active independent game developer, his last game Bacoom was published on iOS in collaboration with one of his previous students.

Steve focuses his teaching on Unreal Engine 4, teaching Blueprint visual scripting.  He also has an active interest in helping students develop their own experimental game controllers for the game projects.  This is achieved through a combination of C++ and Blueprint within Unreal Engine 4, using devices such as Phidgets, leap Motion, Myo Oculus Rift, and the Emotive Epoc+ brain computer interface.

Steve is an active STEM ambassador and regularly visits schools and colleges to promote the value of STEM in game development.  If you are interested in inviting Steve to your school or college to discuss the skills required to create video games, and the value of STEM, please do get in touch.  Steve will also aim to dispel a few myths about the video games industry along the way, and demonstrate some of the technology used to create the video games you play at home.