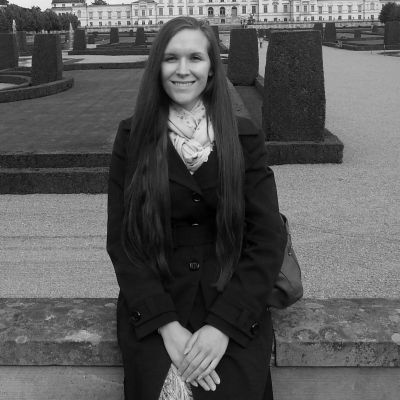 At present, Rachel teaches on the following modules:

Rachel’s research area is cognitive psychology with a focus on immediate memory. Her previous research has primarily centred on the effect of list length and output order on two specific immediate memory tasks (immediate free recall and immediate serial recall).

Rachel has extensive quantitative skills regularly performing three-way ANOVA in her research and has expertise in in-depth analysis of performance measures using Excel and SPSS.

Rachel is also supervisor to a part-time PhD student.

“Examining the similarities between immediate serial recall and immediate free recall: the effects of list length and output order”

This thesis examines the similarities and differences between two widely-used immediate memory tasks: immediate serial recall (ISR) and immediate free recall (IFR). Until recently these two tasks were explained by separate theories, but recent researchers have encouraged greater integration by showing considerable similarities under identical list lengths (LL) and methods. Eight experiments are presented in three chapters. Chapter 2 examines strategy use in the two tasks. Participants were shown not to use LL-specific strategies in IFR (Experiment 1) or ISR (Experiment 2). Indeed, encoding strategy use was similar in both tasks: participants showed no effect of test-expectancy (Experiment 3). These findings show that participants encode ISR and IFR in similar ways, irrespective of knowledge of the LL, and that differences between the tasks are due to retrieval. Chapter 3 examines why participants tend to initiate IFR of short lists with the first word in the list. I looked at three putative mechanisms for generating the primacy effect in IFR: covert rehearsal (Experiment 4), selective attention (Experiment 5), and temporal distinctiveness (Experiment 6). I found that no manipulation abolished primacy. Chapter 4 showed similar effects of modality (Experiment 7) and temporal isolation (Experiment 8) on ISR and IFR when examined under the same methodology. In summary, this thesis has shown that when LL is equated ISR and IFR are more similar than previously thought. Due to the growing evidence that both tasks are underpinned by common memory mechanisms I conclude that there is a need for greater theoretical integration between the two tasks. I relate my results to different theories of ISR and IFR, and provide a verbal description of a preferred explanation of the data.

Rachel is the Executive editor of the Journal of Suffolk Student Research. The Journal of Suffolk Student Research is an online, open access, academic, peer-reviewed journal. It is dedicated to the publication of high-quality undergraduate and taught postgraduate student research undertaken by University of Suffolk students. It aims to showcase the most outstanding primary or secondary data analysis student research undertaken at the University of Suffolk. The journal seeks to promote and recognise the exceptional student research undertaken by our students by offering valuable early experience of academic publishing and the peer review process. The journal is open to the public with the aim of providing engaging content for a non-specialist readership. In addition, an annual graduate conference, open to the public, will be held to coincide with the publication of the journal volume. If you would like to find out more about the journal please visit the journal’s website https://libguides.uos.ac.uk/journals/studentresearch. There is also a dedicated email address for any enquires: suffolkjournal@uos.ac.uk.