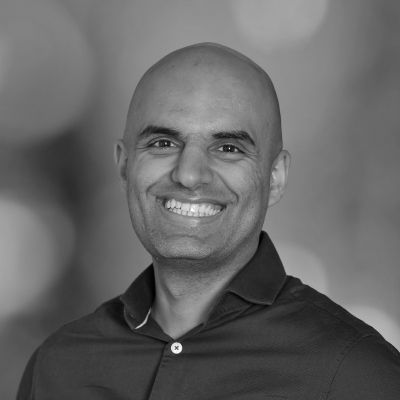 Mikael joined us in the summer of 2016 after completing his interdisciplinary PhD in Sports Science and Sports Economics. His research concentrated specifically on the productivity levels of teams, positional units and individual players performing in German Bundesliga football. Through his research Mikael was able to prove the existence of interdependency between the performances of direct competitors, thereby making a significant advancement to knowledge in the budding field of performance analysis in sport.

Mikael also has a strong background in finance. Prior to his PhD programme Mikael was studying towards his MSc in International Banking and Finance in which he achieved a Distinction. Mikael also obtained a BA Honours degree in Accounting and Financial Management in the summer of 2008. Through his previous experiences, Mikael has become proficient in the use and understanding of a wide range of econometric and mathematical programming techniques. Mikael also possesses advanced expertise in the use of economic, mathematical and statistical software such as STATA, SPSS, Eviews and Microsoft excel.

In addition to his responsibilities with the University of Suffolk Mikael also works closely with Ipswich Town FC Academy on applied performance analysis work, and leads original research in this field for the University and Football Club partnership. Consequently, Mikael is currently in the process of rapidly expanding his research portfolio, with several publications upcoming in the near future. Mikael’s research interests include, performance analysis in sport, production functions, performance modelling, quantitative methods, econometric modelling, programming and predictive modelling.

Mikael is accomplished in the construction of performance models that accurately isolate and analyse individual player performance (1-on-1 analysis) as well as team performances in sport. Mikael also possesses advanced expertise in the use and understanding of a wide range of analysis techniques such as panel data analysis, two stage least squares regression, three stage least squares regression, principal component analysis, probit regression, logit regression, factor analysis, stochastic frontier analysis and data envelopment analysis to name but a few. Mikael also possesses vast expertise in the use and understanding of programming languages such as, VBA, C, C++, R and Python as well as economic, mathematical and statistical software such as STATA, SPSS, and Eviews.

Reliability of internal and external load parameters in recreational football (soccer) for health.
Research in Sports Medicine. [Epub ahead of print]. pages, 1-7

The Reliability of technical and tactical tagging analysis conducted by a semi-automatic Video-Tracking System (Digital.Stadium®) in soccer.
Journal of Human Kinetics. [Epub ahead of print]. Pages, 1-8

Investigating the Level of Interdependency Between the Performance(s) of Direct Opponent(s) in Professional Football: A Study on Teams, Positional Units and Individual Players Competing in the German Bundesliga (Doctoral Dissertation).
Retrieved from https://dspace.lboro.ac.uk/2134/21109