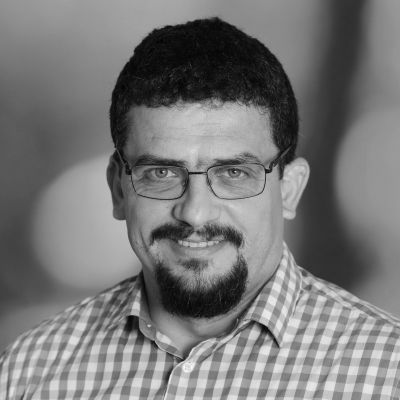 Cristian began his career as a paediatrician; after graduating from the University of Medicine and Pharmacy Carol Davila in Romania, he began a residency in Paediatrics on which he stayed for 2 years. He then decided to pursue a career in a more social-science-oriented field, in which he could still follow his main interest, studying and understanding children. He joined the Graduate Programme at the Human Development and Family Study department, Oregon State University, USA, where he obtained a MSc and then a PhD degree, focusing on child development and children with special needs, with a doctoral dissertation titled Applying theories of capital to understand parent involvement at school as a component of family-school interaction : the special case of children with special needs

Besides the substantive topic, he got rigorous training in research methodology, especially quantitative and advanced statistical modelling. He then joined the paediatric respiratory epidemiology research team at the Institute for Social and Preventive Medicine at University of Bern, Switzerland, as project manager for Breastfeeding and the risk of childhood asthma: a population based cohort study, a Swiss National Science Foundation funded research project. In early 2014 he joined University of Suffolk as a Lecturer in Early Childhood Studies.

Cristian research interests focus on children's health and development, both typical and atypical (children with disabilities and special educational needs) in the context of their families as well as the larger cultural and educational contexts. Broadly constructed, his research interests lie at the confluence of (a) research methodology for social sciences, (b) early diagnosis, intervention, and outcomes for children and their families, and (c) the influence of the social and cultural contexts on the developmental path of children with disabilities and their families, on the diagnosis process, and on the outcomes of the intervention. Thus, Cristian s interest in studying developmental disabilities is both clinical and socio-cultural, with an overarching interest in developing and applying advanced research methodology.

Boggis, A., Dogaru, C. M. and Cornwell-Dunnett, T. (2017) ‘“I Discovered I’m An Artist!” An Evaluation of the Impact of a Collaborative Arts Project on the Wellbeing of Young Adults with Learning Disabilities’, Journal of Education & Social Policy, 4(4). doi: 10.30845/jesp.

Chaudhury, H., A. F. I. Sarte, Y. L. Michael, A. Mahmood, E. M. Keast, C. Dogaru and A. Wister (2011). Use of a Systematic Observational Measure to Assess and Compare Walkability for Older Adults in Vancouver, British Columbia and Portland, Oregon Neighbourhoods. Journal of Urban Design 16(4): 433-454.

Dogaru, CM (2008) Applying theories of capital to understand parent involvement at school as a component of family-school interaction : the special case of children with special needs