With more than 900 years of the county's rich and diverse history to discover,  this exciting new building allows people of all ages and backgrounds to step inside and discover more about where they live and their own heritage.

The Hold is open to everyone, offering not only archives specific services in the searchroom, library, and education room, but also state-of-the-art public facilities and teaching spaces for staff and students from the University of Suffolk. An exhibition gallery, café, shop and garden complete the visitor experience.

The Hold opened its doors to the public for the first time in September 2020.

For more information on the facilities, including opening hours, please visit www.suffolkarchives.co.uk/

The January 2019 issue of Waterfront Life magazine documents some of the items that have been found during the building process.

Time capsules were buried at some of Suffolk’s most culturally and historically significant locations on 28 February 2019.

The event marks the 900th anniversary of Suffolk’s oldest ‘treasure’, and the development of a new National Lottery funded Heritage centre.

The capsules were developed to commemorate the 900th anniversary of the oldest document in the Suffolk Record Office collections (the Royal Charter of King Henry I, Eye) and the building of a major new heritage and archives centre for the county (‘The Hold’: A Suffolk Archives Service for the 21st Century’) a partnership between Suffolk County Council and the University of Suffolk, (supported by £10.4 million funding from The National Lottery Heritage Fund). The time capsules will capture a ‘snapshot’ of Suffolk life in 2019 for when they are dug up in 100 years’ time.

Materials were contributed to the capsules in the form of letters, stories, small objects, drawings, photographs, oral history recordings and ‘digital stories’. Digital content was also included on archival CDs which will be replicated in the Record Office’s special digital preservation system to ensure it can be read in 100 years’ time.

This content was collated by school pupils, local interest groups, community organisations and museums. All content in the capsules reflects what people feel is important about where they live, and what they would like the Suffolk people of 2119 to understand about life in 2019. 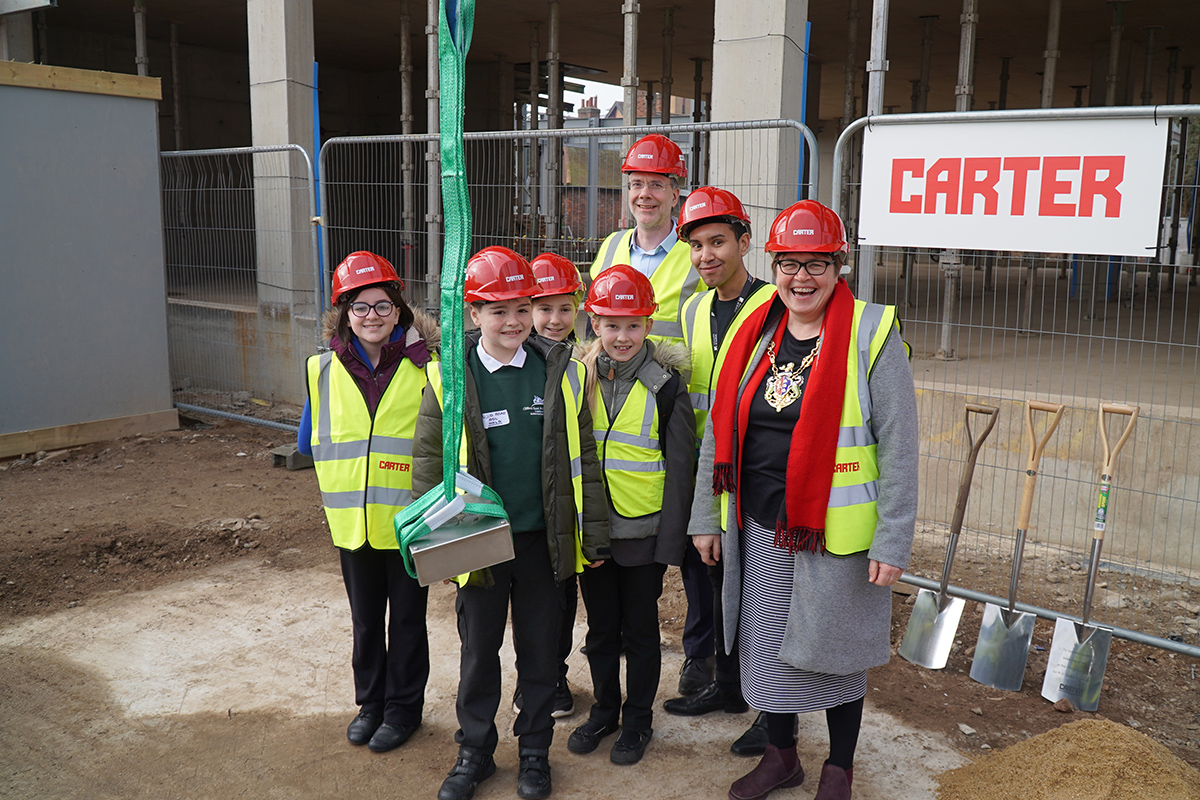 Tim Greenacre, Registrar and Secretary at the University of Suffolk, said “As the event shows, The Hold is far more than just a building. It will be the catalyst for a countywide programme of activities and events, and will transform the way our archives reach communities around Suffolk. The University is proud to be at the heart of this transformation, and we are excited about the new state-of-the-art teaching spaces that will be available to our students. We expect The Hold to have a significant direct impact on their university experience, as well as students and visitors of all ages from across the county who will be attracted to Ipswich and the Waterfront.” 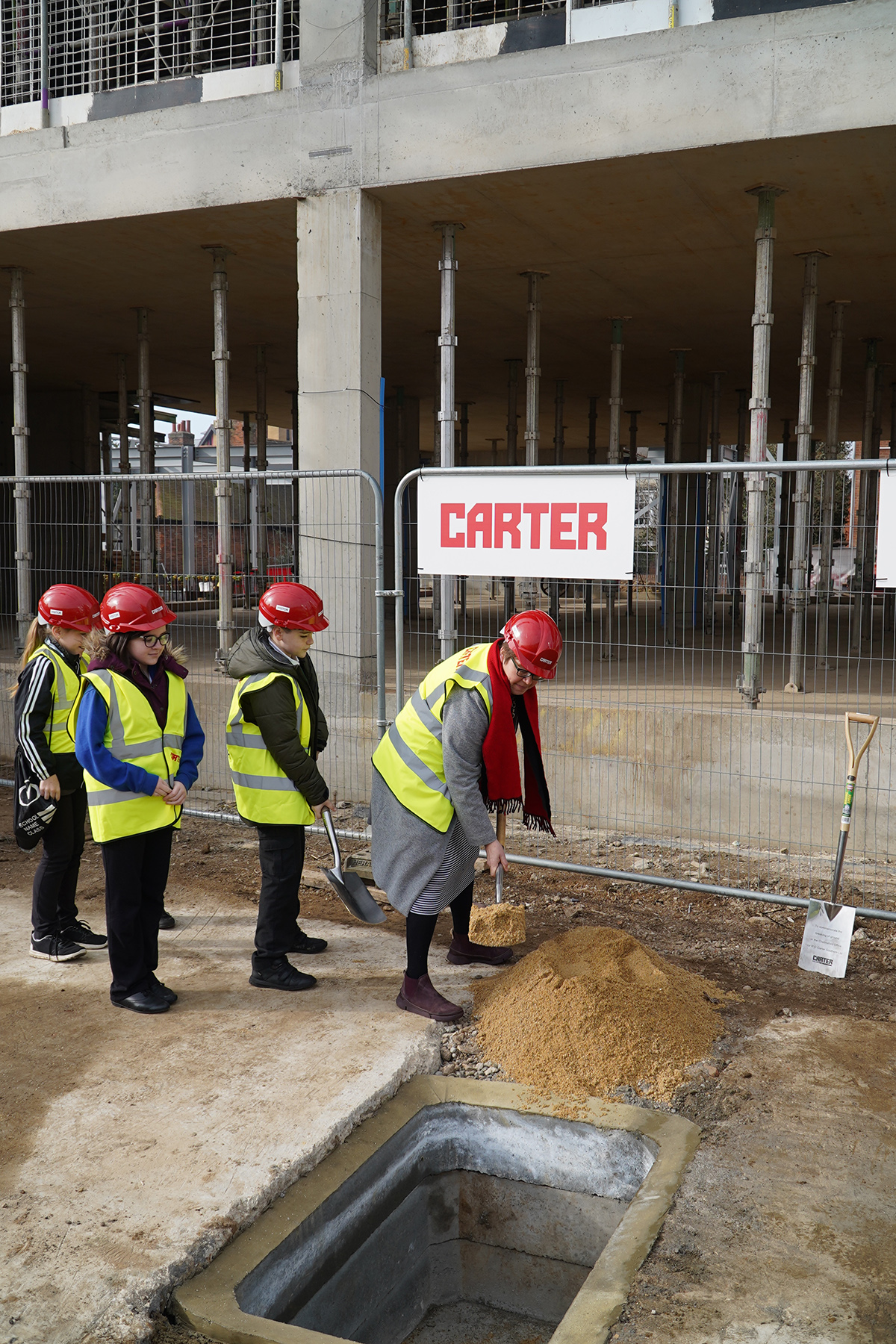 Later in the year, the Record Office will begin to work with communities to develop digital history trails to start and end near each capsule location. The trails will take in important historic sites and features for each place, with connections to the archival collections held in the Record Office. People will be able to follow the trails using their smart phones as well as by traditional means. The first trail should be launched on Suffolk Day (21 June 2019) with others to follow.

This page will be kept updated as well as The Hold sections of the Suffolk Archives website: https://www.suffolkarchives.co.uk/the_hold/ 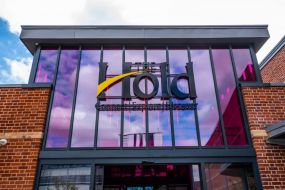 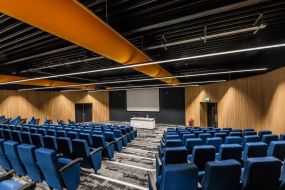 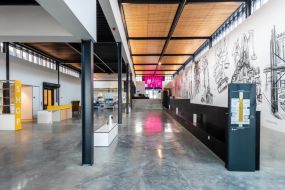