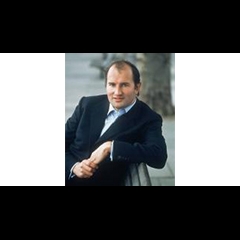 William Kendall is an environmentalist, entrepreneur and Suffolk organic farmer. He ran The New Covent Garden Soup Company for most of its first 10 years before buying the then tiny Green & Black's organic chocolate business.

William gained an MA from Cambridge University having studied law at Corpus Christi College. He was called to the Bar by The Middle Temple in 1985. He received an MBA from INSEAD in France in 1989 and enjoyed short careers as an army officer in The Royal Anglian Regiment, as a barrister and then as an investment banker.

In 1990 he became Managing Director of the embryonic New Covent Garden Soup Company which he led for 9 years before selling it to a public company. He subsequently led the acquisition of the embryonic Green & Black's which he and partners sold to Cadburys in 2005.

He is Chairman of Nemadi Advisors which invests in early stage venture businesses mainly in the consumer goods and environmental sectors. He is a director or advisor to a number of other family owned or public companies including Adnams and Notcutts in Suffolk and Grosvenor plc elsewhere.

William was born in Cambridge and comes from an East Anglian farming family. He and his wife farm organically at Maple Farm (Kelsale, Suffolk) where they have developed a successful example of local food production and marketing. He is a campaigner for better and more locally produced food.

William writes and lectures on innovation and entrepreneurship in business. He is a founder director of The Aldeburgh Food & Drink Festival and was Convenor of David Cameron's (apolitical) Quality of Life Commission on food when he was Leader of The Opposition.

He is actively involved with a number of charities mainly connected with the environment and the arts. He is a director of Aldeburgh Music which produces the world famous Aldeburgh Festival and Snape Proms, and a Council member of The Suffolk Agricultural Association which lays on The Suffolk Show. He is a Deputy Lieutenant for Suffolk.

William is a lover of rural life and lives with his wife Miranda and two teenage daughters on the farm in Kelsale.