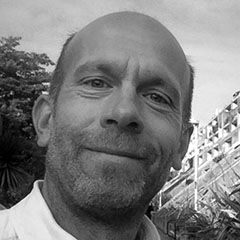 Todd Strehlow is a Visiting Lecturer for the BA (Hons) Architecture course.  Todd is a freelance consultant with 25 years of experience in urban regeneration, project management and community development.  His roles have been across the public, private and voluntary sectors in the UK and US – for example in local government, in private practice, and his own businesses (consulting and also in artisan foods).  Particular expertise includes town centres, public realm, transport and community engagement.

Originally from upstate New York, he managed a community development corporation in Albany, NY that developed affordable housing, and supported others through design advice, grants and loans.  On moving to London he was the Town Centre Manager in Greenwich at a time of great change.  Todd then held two different roles at Southwark: firstly managing capital projects (such as the riverside walk at Tate Modern, and parks such as Bankside’s Mint Street Park), and latterly managing a large public realm team that included highways design, lottery-funded park restorations and hundreds of community-inspired projects.  In Ipswich he helped advance a mixed-use development on the waterfront and served on regional creative and cultural sector boards.

His academic qualifications include an MA in urban design and degrees in town planning (both with merit), geography and property, and he is a licentiate member of the RTPI.  Todd also has a number of voluntary/civic roles including as an adviser to three Community Interest Companies (CICs) working with the creative sector, town centre pop up shops, and diverse communities, and being a ‘warden’ on the River Waveney – helping a project seeking to both improve access and tackle invasive species.