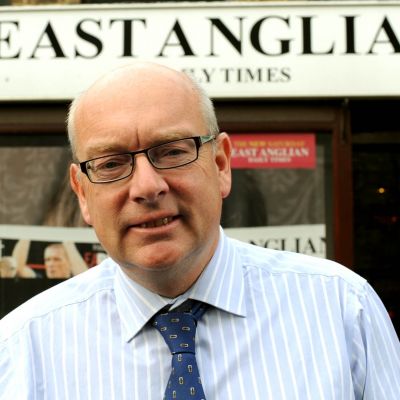 Terry Hunt was the Editor of the East Anglian Daily Times- a well established local paper at the heart of the community- for 21 years until his retirement in September 2016. He holds the title of the longest-serving regional daily newspaper editor in the country.

Terry was born in Eye, Suffolk in 1957. He grew up in Cretingham, and was educated at Framlingham College before gaining a History degree at the University of Reading. Terry has three children with wife Jane who is the crown court correspondent for the EADT and Evening Star.

Away from work, Terry is a life-long supporter of Ipswich Town, has run two London Marathons and is a patron of the Thomas Cardinal Wolsey Project- a special trust to honour Ipswich's most famous son.  Terry is an active supporter of the Arts across Suffolk and is currently the Chair of the Ipswich Vision project, aimed at regenerating the town.