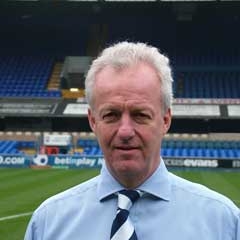 Simon Clegg is one of the country s most experienced sports leaders.

His early career in the Army included extensive periods of competitive cross country skiing and biathlon which in 1984 led to a 12 month secondment as Manager of the British Biathlon Team.

In 1995 he was Chief Executive of the European Youth Olympics in Bath, the largest multi sport youth event ever staged in the UK .

In 1997 he stated that one of his long term goals was to see the Olympic Games in the UK before he retired and led the national campaign to persuade the government and the Mayor of London to support a bid by London for the 2012 Olympic Games. He was a Board Director of the Bid Committee and was one of the three British signatories on the host city contract when London was awarded the Games in 2005.

Within a week of returning from Singapore he established the target of 4th place in the 2012 medals table which eventually led to an additional £300m of government funding for high performance sport. Having been ridiculed in parts of the national media for being unrealistic he proudly led Team GB to achieve that goal four years early in Beijing, the best British team performance for 100 years since the London Olympics on 1908 before resigning.

In 2009 he became Chief Executive of Ipswich Town Football Club. He was awarded an OBE in 2001, a CBE in 2005 and in 2008 he received the British Sports Journalist s JL Manning Award for outstanding contribution to sport off the field of play.