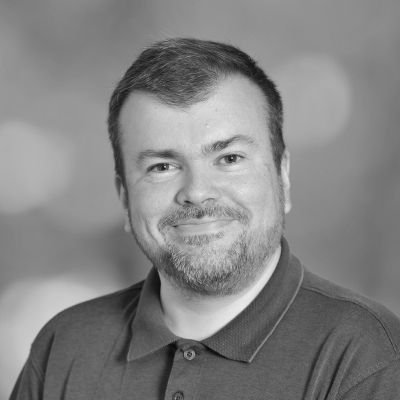 On the one hand, he is responsible for the quarterly returns that University of Suffolk produces for the Health Education East of England (HEEoE).  This involves co-ordinating a variety of data-sets based upon those courses funded by the HEEoE, and responding to any queries resulting from the data that is sent.  He also processes the various transfers and withdrawals that come about for these courses.

On the other hand, Shaun is also responsible for a large proportion of the rooming allocation in regards to student teaching.  This is in some ways like assembling a giant jigsaw puzzle - that takes three months to complete, is missing some pieces and doesn't have a picture on the box.  He also helps to co-ordinate staff timetables for those academics who teach on the HEEoE-related courses.

In the final years of the last century, Shaun obtained a degree in Business and Information Technology from Suffolk College - and then started work at that very same institution a year later as a data inputter.  He joined the University in 2007, and has since had four different desks - he hopes not to have a fifth.