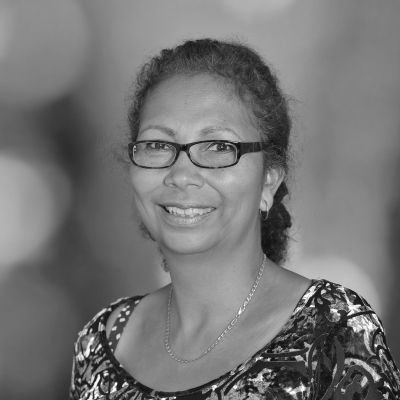 Rosemary’s academic career begun as a mature student undertaking an Access to Higher Education Certificate in English Literature, Psychology, and Sociology in 1997.  Following a challenging relationship with education in 1998 Rosemary was diagnosed with dyslexia and has used her experiences to advocate for the widening participation in higher education.  Human Right and Social Justice has been forefront in Rosemary’s social work professional and academic career, more recently linking these values to the concept of ‘Green Social Work’, as defined by Professor Leana Dominelli (2012).  The concept of Green Social Work links environmental justice with social justice by recognising that environmental issues are inherently economically and politically linked to human health and welfare, and fundamental to the promotion of social change, empowerment and the liberation of people.  Values that link both Rosemary’s professional and personal life.

Rosemary’s academic and professional career begun as a mature student undertaking an Access to Higher Education Certificate in English Literature Psychology and Sociology in 1997.

Rosemary progressed to completing her diploma and BA (hons) degree in Social Work at Anglia Ruskin University in 2001 and continued her professional career by being promoted to the position of Senior Social Work practitioner, within two years of qualifying as a social worker.

In her role as a Senior Social Work Practitioner Rosemary represented the local authority at the area Multi Agency Risk Assessment Conferences (MARAC), sat on the Crown Prosecution Services Domestic Violence and Scrutiny Panel, was a panel member on  the Forest Heath, Babergh District and St. Edmundsbury  County Council Domestic Abuse forums.  She was also a panel member of the ‘Hidden Harm’ Advisory Board and chaired the Forest Heath Children Centre Advisory Board.

Rosemary is joint social work and constabulary trained in both adult and child safeguarding Investigations.

2006 Rosemary graduated from University of East Anglia with a Master degree in Advanced Social Work, and Planning.

2010 Rosemary joined the University of Suffolk and Rosemary’s social work practice experience has informed her academic career and informed her research interests.

2013 Rosemary became a Fellow of the Higher Education Academy.

In September 2021 Rosemary took on the role of University of Suffolk Social Work Student Admissions Lead.

Rosemary's research interests lay within the field of child and adult safety and welfare, which extends to more unconventional areas of interests such as Equine Assisted Therapy and Learning, looking at the role horses may have in promoting the health and welfare of vulnerable individuals, and Care farming/Green Care.

2021. As the University of Suffolk Student Admissions Lead, Rosemary is responsible for the delivery and development of the social work degree admissions process, working in partnership with local authorities, qualified social work practitioners, and Social Work Voices.

2019. Presented at the 2019 International Social Work Week at Saxion University.

March 2019 Rosemary held the responsibility through the Erasmus knowledge exchange programme to support international learning opportunities for 14 UOS social work students, who travelled to the Netherlands to attend the International Social Work Week, at Saxion University.  Rosemary also contributed to the International Social Work Week through the deliverey of workshops to students and took part in an international academic focus group, exploring the development of social work education, at Saxion University.

Fellow of the Higher Education Academy