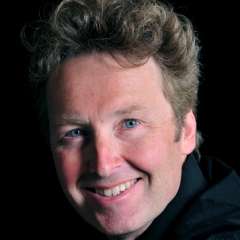 Richard Edgar-Wilson has had an international career in classical music for over three decades. He attended Ipswich School before reading History at Cambridge University and gaining a scholarship to the Royal College of Music.

He began working with many internationally renowned vocal ensembles including The Tallis Scholars and the Consort of Musicke before in the late 1980’s focussing on the solo tenor repertoire. Since then he has sung on the opera stage and concert platform in over 30 countries, and collaborated with many of the world’s very best choirs, orchestras and conductors.

His was the very first voice to be heard at the opening of Grange Park opera house. Other opera appearances include Platée at the Palais Garnier, Paris, Magic Flute in Portugal and New Zealand, and Britten’s Death in Venice at English National Opera, in Brussels, Amsterdam, Luxembourg and at La Scala, Milan.

Committed to working with contemporary composers, Richard has commissioned and sung in numerous world premieres. He has made over 60 solo recordings, including the Gramophone award winning San Giovanni Battista. He has broadcast many times for the BBC and Channel 4, as well as appearing in the Norwegian feature-film Sufflösen.

A noted teacher, he is on the Council of the British Voice Association and trains singers in London, Suffolk, at King’s College, Cambridge, and with the National Youth Choirs of Great Britain. He has twice led “The English Song Project” at the Britten-Pears School, and has given master classes in Austria, America and Singapore. He writes for various musical publications, and in 2015 gave the Fifth Annual Wolsey Lecture at the University of Suffolk.

Richard’s voice can be heard on numerous Hollywood movies including the James Bond film Spectre, the Oscar-winning Grand Budapest Hotel, Beauty and the Beast and the Hobbit and Harry Potter films.