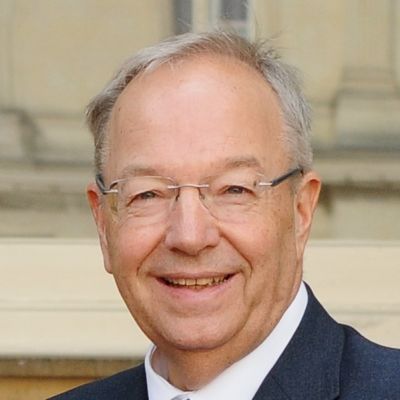 Richard Carter was Chair of Governors at West Suffolk College for six years. He served as a Board member for 16 years and retired from the Corporation last July.

During his time as a governor, West Suffolk College became a founding partner in the drive to create the University of Suffolk.

Richard started work as a journalist on the East Anglian Daily Times. In the 1980s, he helped found a communications agency in Bury St Edmunds.

After leaving the business, Richard concentrated on numerous voluntary activities. Over the past 25 years, his roles have included being Director and Chairman of Suffolk Housing Society; Chair of Governors at Hardwick Middle School and Chairman of the Mid Anglian Enterprise Agency. He retains his links with education as a Member of two multi academy trusts in Suffolk.

He was honoured with an MBE in the 2018 New Year’s honours for his services to education.