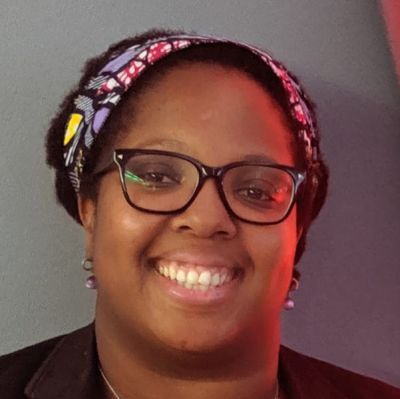 After working for nearly ten years in Entertainment PR in London and moving to Manningtree, I decided to return to my first love of film and video and finish my degree. I’m a Londoner but it just wasn’t feasible to live and work in the city after the Olympics as everything had gone up in price after I returned from traveling.  One of the reasons I picked University of Suffolk over all the other regional universities was the mix of practical and theory. I had already started my film degree so I just needed to finish and wanted hands-on use of cameras and production techniques rather than learning about the history of film etc.  I was able to learn about sound design, production management and screenwriting which has been useful to me since graduating. I also found my voice as a filmmaker and use of colour in a video that guides me today.

Since leaving University of Suffolk, I have set up my own business Red Cactus Media, a vibrant and dynamic company with specialism in video production. This was set up after working as a contractor in Suffolk.  My work has been seen in regional campaigns for Public Health such as Stop Smoking campaigns, Better Broadband for Suffolk as well as working with the gaming industry TIGA awards and various corporate clients in Health, Wellness and Tech.

I am a firm believer in development since completing a film degree at the University of Suffolk, I undertook a creative entrepreneur course with Eastern Enterprise Hub and have worked on my mindset as I realise the ups and downs of running a business. It’s so important to have a positive attitude to keep motivated in the business world.

Since graduating in 2015, I have gotten married and has gone on one of the biggest development and adventures ever in becoming a mother of a beautiful daughter as well as running my business. Professionally I have worked as a freelancer on bigger productions in roles such as Unit Production Manager, 1st Assistant Director. These have all helped to hone my skills as a Creative Producer/Director giving my clients filmmaker expertise.  I have partnered with marketing agencies and gained new clients in health and wellness and tech working with TIGA Gaming awards in London, pitching my business to Vice and Adidas as selected by TheDots.Com. This year the work is paying off as I won Female Entrepreneur of the Year 2019 at the BME Business Awards and Red Cactus Media was shortlisted for Business of the Year.

With a passion to get more women into video production, I work with Future Female Society where I run workshops for young ladies to get them into the creative industries. I have also become an Enterprise Advisor for the New Anglia Careers Network.

Currently, I’m developing a YouTube series, Breaking out of the Box, highlighting inspirational females and their stories, working on grant applications for the series as well as with my commercial clients to grow my business. In the future, I want to continue to be more established in the region and beyond. When people think of video production, I would like them to think of me and Red Cactus Media.