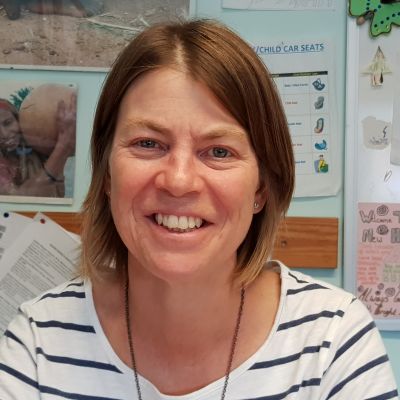 Rebecca Crerar grew up in Suffolk and has lived here for most of her life. She studied Psychology at the University of Nottingham, but had a lifelong interest in languages, cultures and international issues. After travelling, Rebecca moved back to Suffolk in 2000 and secured a job working in Ipswich for the Refugee Council, a national charity. This ignited a passion for working with people from all over the world who had fled wars, persecution and death; and helping them to rebuild their lives and become successful citizens of the UK.

When the Refugee Council reduced its operations in Ipswich in 2005, due to government funding cuts, Rebecca secured the post of Volunteer Coordinator with Suffolk Refugee Support (SRS) – a small independent charity who at the time had only two members of staff and very limited resources. After building up a team of volunteers, Rebecca became the Charity Manager and has worked tirelessly over the past 14 years, to enable the activities of SRS to grow to help several thousand people from more than 40 troubled countries around the world. She believes in treating refugees and asylum seekers as human beings, not faceless burdens to the economy, and is committed to enabling each one to reach his or her potential to give back to the country that gave them sanctuary.

During her time with SRS, Rebecca has secured grants of over £3.5 million and the charity now boasts 20 mainly part-time staff and over 80 volunteers. Suffolk Refugee Support plays a vital role in preventing poverty, ill health and destitution for its clients in Suffolk; and shares their experiences on national, regional and local levels to improve the way we receive and process people who have fled their home countries in pursuit of safety.

In March 2019, Rebecca, along with five other Suffolk women, was awarded the High Sheriff’s Inspiring Leader Award 2019.