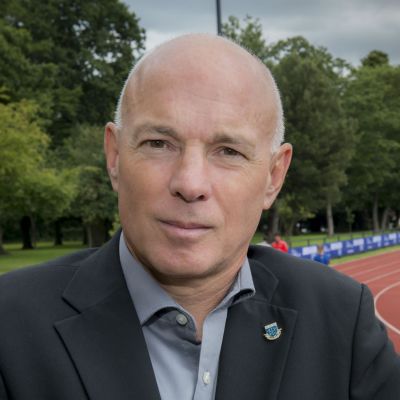 Professor Brewer began his career as Head of Human Performance for the Football Association, where he formed part of the support team for the 1990 Italian World Cup, before running his own sports science and sports injury business at Lilleshall National Sports Centre for 15 years. John then went on to work at GlaxoSmithKline Plc (GSK) as a member of the leadership team in the Nutritional Healthcare Business where he was responsible for research and sport science education for Lucazade Sport.

Subsequently, Professor Brewer entered academia, undertaking senior leadership roles within the University of Bedfordshire, St Mary’s University (Pro Vice-Chancellor) and Bucks New University (Deputy Vice Chancellor). He has also held a number of significant Board level roles including Chair of the London Regional Sports Board, a Public Appointment as a Non-Executive Director of UK Anti-Doping, Non-Executive Director of British Universities and Colleges Sport (BUCS), and Chair of British Ski and Snowboard. He is currently the Chief Executive Officer of NCUK Ltd, a consortium of leading universities that delivers educational programmes to over 3000 overseas students.

Professor Brewer, who is a keen runner and skier, specialises in research areas that include fitness standards in the Police Service, sports nutrition, hydration, fitness testing and relative age effect in sport.  Alongside his academic publications, Professor Brewer has written a number of books, including the “Official London 2012 Training Guide to Athletics – Track Events”, “Running Science”, “Run Smart”, “Sport in 30 seconds”, and most recently, “500 Races, Runs and Adventures, a Bucket List for Runners”.