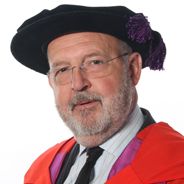 Professor Duncan Bell trained at St Bartholomew's Hospital obtaining a double Honours degree in his finals in 1968. He has an MSc in Biochemistry and a Medical Doctorate. He has been an FRCP of both the London and Edinburgh Colleges.

He was appointed Senior Lecturer at Nottingham University in 1976. In 1983 Duncan came to Ipswich replacing Dr John Paulley as Ipswich's then only gastroenterologist. Successes included setting up a modern Endoscopy Unit, starting a Suffolk branch of the British Digestive Diseases Foundation and his Unit being voted the Hospital Doctor's Gastroenterology Team of the Year in 1994.