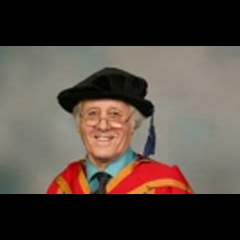 Professor Chris Green formed Trianon Music Group in 1959 and has been Artistic Director for over 50 years.

Chris was awarded the OBE in 1995 for services to communities in East Anglia. He taught in a primary school, and then became a Lecturer in Sociology at Hockerill College of Education. He then went on to teach Psychology at Enfield College of Technology (subsequently Middlesex Polytechnic, then Middlesex University).

Chris was in the first cohort of academic staff appointed for the Open University (1970), and he has remained with the OU since. Concurrently, he became Head of Department of Applied Social Sciences at Chelmer Institute of Higher Education (then Anglia Polytechnic University, then Anglia Ruskin University (ARU)).

He was head of the Department of Health, Nursing and Social Work at the same institution before becoming Director of the Essex Centre, and then Regional Director responsible for the partnership of 23 Further and Higher Education Colleges. Chris was Strategic Lead for the Eastern Region for Aimhigher. He left ARU in 2004 to work for the Quality Assurance Agency as an auditor of higher education. In his spare time, Chris works with a number of local arts groups.