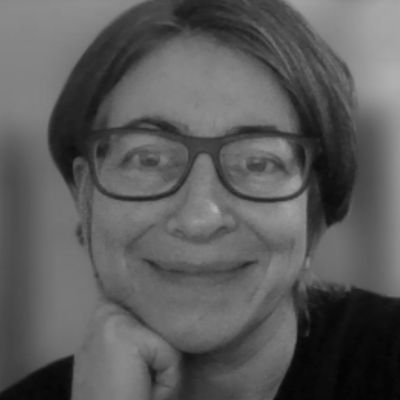 Nora is a registered social worker and academic with 18 years practice-based knowledge and experience, predominately in services for children and families. Since 2004 Nora has worked as an educator in Higher Education.

Nora’s work in the 1980s, as a family support worker in an inner London borough,  offering support to prevent children entering care, provided the motivation to qualify as a social worker.    As a mature student Nora obtained a sociology degree and Diploma in Social Work at the University of Bath and she returned to London to work in a children and families social work  team. Her duties included offering family support and working with other agencies to protect children from abuse and harm. Nora also worked as a hospital social worker (specialising with disabled children), as an NSPCC social worker, setting up a project to safeguard girls being sexually exploited in London's West End, and as a manager of a 4-borough strategy project improving multi-agency responses to children who run away from home.

As an academic Nora has taught on undergraduate and master's social work programmes, leading and teaching modules, including effective communication, assessment, protection and planning and human growth and development. She has also delivered readiness for practice and skills programmes and coordinated practice learning opportunities. Currently Nora is the Course Lead for Social Work at the University of Suffolk.

Smith, J., Duckett, N. and Menezes, F. (2015) ‘Running to the Future: Youth inequalities, homelessness and Points of reinsertion’ in A Kamp and A Kelly Critical Youth Studies in the 21st Century.  Leiden, NL: Brill Books

Co–author with Dr Sinclair Coward, for the London Borough of Islington: An evaluation of LB Islington’s Intensive Community Support Packages (2008)

Consultant for the London Borough of Islington’s eligibility criteria for children with disabilities (2006).

Consultant to BBC1 Real Story – a drama documentary looking at how one sexually exploited and vulnerable teenager was failed by a system meant to protect her and the lessons that must be learnt from her story. Broadcast on Tue 29 Aug 2006

Nora had led on a project funded by Suffolk County Council to support people who have previously qualified as social workers to re-register and return to practice.

Nora has also developed and delivered training courses for professionals to improve responses when working with children who are at risk.

Nora was part of a 3-year research project, funded by the European Commission, which involved  previously homeless young people as co-researchers, comparing life trajectories of currently young homeless people in 4 European countries. For a full account of this research and resources see: https://www.movisie.nl/en/themes/combating-youth-homelessness

Nora presented the youth homelessness research findings to the EU Commission, as part of an evidence-based policy conference on youth and social inclusion. The presentation was titled: ‘Overcoming Biographical Disadvantages: Looking back and moving forward: What can be learned from listening to homeless young people?’ DG Research and Innovation Belgium: EU Commission