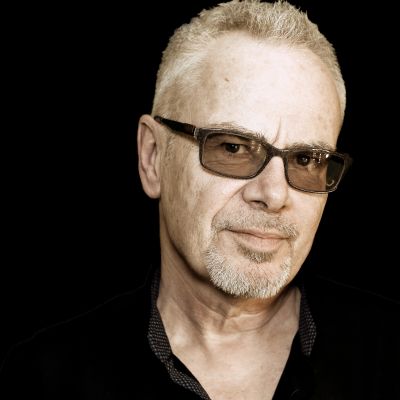 Nik Kershaw grew up and spent his formative years in Ipswich during the 1960s and 1970s, attending Morland Road Primary and Northgate Grammar School. The town bore witness to his early musical adventures.

He signed with MCA Records in 1983 and in March 1984, his first album Human Racing was released. It produced four hit singles, launching Nik onto the world stage and achieving platinum sales in many territories. This was closely following by the equally successful second album The Riddle.

Nik toured the world and performed at the Live Aid concert at Wembley Stadium in July 1985. He was to record two more albums with MCA before leaving the spotlight in 1989 to focus on song-writing and production.

This performing sabbatical was briefly interrupted to work
with Tony Banks (Genesis), and to record a self-penned duet
with Elton John for the great man’s Duets album. He returned
to making his own records in 1998 and has released five
albums since.

He continues to write and perform his songs, old and new to his faithful following all over the world.

Nik has attracted accolades from legends such as Eric Clapton and Miles Davis and has been nominated for three Ivor Novello and four Brit Awards. Elton John famously described him as being “the best songwriter of his generation”.
He is currently working on his ninth studio album and lives near Sudbury with his wife Sarah and their two children.