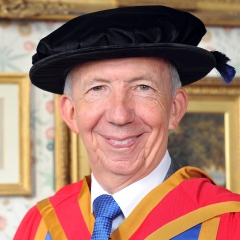 Born and educated in Lancashire county schools, Neil graduated in Economics from the University of Cambridge and began his teaching career in Coventry in 1974, moving to Suffolk in 1981 as Head of the new sixth form at Stowupland High School.

His first headship was at Sudbury Upper School in 1988, followed by Northgate High School in 1992, from where he retired in 2009 after 21 years as a secondary headteacher in Suffolk.

Towards the end of his teaching career Neil returned to his economic roots entering the world of regulation by joining the council of the Advertising Standards Authority in 2004. Roles on the Architects Registration Board, Ofqual and the Press Complaints Commission followed, and Neil is a founder member of the Independent Press Standards Organisation.

He retains his passion for education, continuing to work as a consultant headteacher and as a member of Interim Executive Boards in Suffolk primary schools.