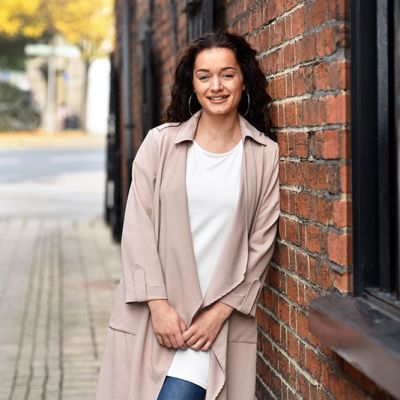 At the age of two and a half, I was diagnosed with Leukaemia. By four and a half, after two years of chemotherapy and my parents fearing they were going to lose me, I survived.

After receiving such fantastic care I knew I wanted to go into children’s nursing and it just so happened I was on the same ward I was treated on when I was younger - it definitely inspired me to go in to child nursing.

When I started working on the ward, the staff were shocked! On paper I’m Amelia Osman, so everyone called me Amelia until a couple of the nurses twigged, asking me ‘you’re not Millie Osman, are you?’

It’s amazing to work with them. Yesterday we were talking about one of the nurses who had treated someone when they were three and had recently seen them again aged twelve. At the time, I was sat next to one of the nurses who treated me when I was younger – now I’m practicing alongside her.

It’s been brilliant to learn from them. I remember how great they were when I was younger and if I can be like them, I know I’ll be alright.