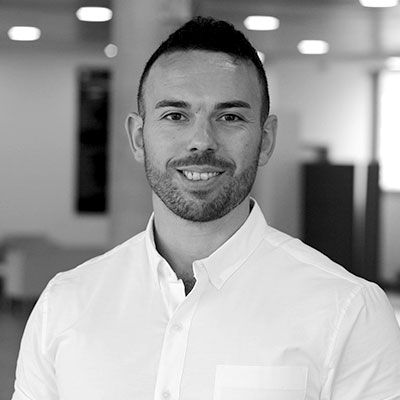 Mike joined the University of Suffolk in August 2018 as ‘International & EU Recruitment Manager’ for the External Relations Directorate.

Mike graduated from Staffordshire University with a BA Hons degree in Sports Development & Coaching, before then going on to obtain a PGCE in Post Compulsory Education & Training from Edge Hill University in 2011. Combining knowledge gained from both his Undergraduate & Postgraduate qualifications, Mike has spent the majority of his career working in professional football, developing bespoke education, fitness conditioning, and coaching programmes for Category One grade Football Academies. Mike’s experience in the holistic development of elite young athletes has seen him work with youth players at Bolton Wanderers FC & Norwich City FC – in addition to a year’s secondment to the Sichuan Province in China through Manchester City FC’s International Player Development programme.

An experienced Health Programmes Manager, Mike played a pivotal role in the delivery and implementation of the ‘Hearts & Goals’ campaign – an initiative which strove to raise awareness of Sudden Cardiac Arrest in addition to having Automated External Defibrillators placed in all schools in the Greater Manchester borough of Bolton – winning the North West Football Awards Initiative of the Year in 2014.

Mike’s role as ‘International & EU Recruitment Manager’ is to continually grow the University’s reputation (Overseas and in Europe) as a leading choice for students to come and undertake their Higher Education studies here in Suffolk.