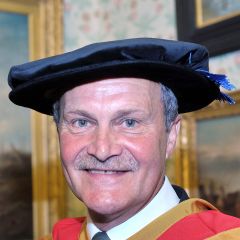 No player has been more influential in the famous blue and white of Ipswich Town than Mick Mills – and not just because his 741 appearances is a club record that is likely to stand for many years and may never be broken.

Remarkably, given his subsequent success, he only arrived at Portman Road in the summer of 1965 on a short-term trial following first club Portsmouth’s decision to scrap their youth system. However, he was soon offered a professional contract and by the end of that season had made his debut at the age of 17.

Mick was only 21 when Bobby Robson appointed him as captain and he went on to lead his team to FA Cup glory in 1978. Three years later he collected the UEFA Cup as Ipswich celebrated European success and in 1982 he skippered England in the World Cup finals in Spain.

Throughout his time with Ipswich, during which he demonstrated his versatility by playing in both full-back positions as well as in midfield, the club not only became established in the top flight but consistently challenged for the League Championship, finishing runners-up twice, third twice and fourth on a further two occasions.

Famously awarded the MBE for services to football and capped a total of 42 times by England in an international career spanning a decade, Mick left Ipswich in November 1982 to join Southampton, where he helped them to qualify for Europe in successive seasons. He was named as manager of Stoke City in 1985 and later managed Colchester United before becoming assistant manager at both Coventry City and Birmingham City, as well as chief scout at Sheffield Wednesday. He is now a popular summariser on Ipswich matches for BBC Radio Suffolk and is also a patron of the Sir Bobby Robson Foundation.