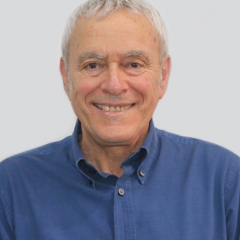 Born 1938, in Pakefield, a fishing village in Suffolk, Michael Foreman grew up during the Second World War, an experience that has had a lasting and creative influence on his work.  (War Boy (1989) recounts the tale of his wartime childhood and War Game (1993) the story of his young uncles lost in the trenches in the First World War.)

He studied painting at Lowestoft School of Art (1954-1958) and then, commercial art, for the next two years at St Martin’s School of Art in London before going on to the Royal College of Art to study graphics between 1960-1963.

While at the RCA, he illustrated his first book, The General (1961), but at the time, even more significantly, he won a travelling scholarship that allowed him to go to the United States of America.  He travelled and drew all over America and contributed drawings to many US magazines.  He then travelled all over the world as a travel illustrator, made animated films in Denmark, television commercials in France, and he even worked in Chicago for four months in 1966 as an art director for Playboy magazine.

Thereafter, his career as a book illustrator began to grow and, by the 1970’s, his work was much in demand.

While well known as a children’s illustrator, has also illustrated many books for adults from Shakespeare and Dickens to the Bible.

His almost insatiable appetite for travel – Russia, Africa, Japan, Indonesia, the South Pacific, the Arctic Circle, China, Australia and New Zealand, California, Mexico, South America and India – inspires many of his own children’s books, which frequently promote peace and concern for the environment.

Dinosaurs and All that Rubbish (1972) is acknowledged as being groundbreaking in its environmental theme and many of his books (including Moose (1971) and War and Peas (1974)) reflect the stupidity of war and still in print today.

He has had solo exhibitions of his paintings and illustrations in London, Paris, New York, Japan and Santiago, Chile and, most recently, a yearlong exhibition at Seven Stories, the National Centre for Children’s Books in Newcastle.

Over his career, Michael Foreman has garnered tremendous commercial and critical success.  As both an author and illustrator, he has won many prestigious awards.