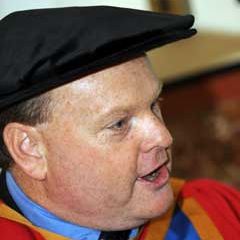 Double Sony Gold Award winning Mark Murphy has presented the BBC Radio Suffolk Breakfast Show since 2000 and during that time he's built the show up to be the first choice for thousands in the county each morning.

Mark first received national recognition in 2003 when he was crowned the Sony Radio Academy News Broadcaster of the year. The judges described him as "The epitome of what a local radio broadcaster should be in his reporting of news, responding to the community and holding service providers to account."

In 2006 Mark and his breakfast team were also awarded the EDF energy regional radio journalist of the year award. 2007 saw Mark's breakfast show nominated for a Sony Radio Academy News and Current Affairs award for its sensitive coverage of the killings of five women in Ipswich. In the same year Mark, producer Kate Arkell and engineer David Butcher scooped a Frank Gillard (BBC local radio) award for their outside broadcast in Jamestown, USA. The team travelled to Virginia to follow in the footsteps of Suffolk explorer Bartholomew Gosnold, who's credited with founding the first English-speaking settlement in North America. It was this outside broadcast that also earned Mark his second Sony Radio Academy Gold award in 2008.

In 2009 Mark and his breakfast team received another top gong as they were crowned EDF energy regional news and current affairs programme of the year. Mark's Don't Be A Tosser anti-litter campaign won two prestigious Frank Gillard awards in the same year and also saw it scoop a Sony silver award. His breakfast show is the current holder of the BBC Frank Gillard interactive award for the way Mark's audience joins in with the show each day.

Mark was born in Suffolk and is passionate about broadcasting in his home patch. He also hosts a Saturday show from 9am until midday. He is an Ipswich Town season ticket holder and sits in the Sir Bobby Robson upper tier with his wife and fellow BBC Radio Suffolk presenter Lesley Dolphin.