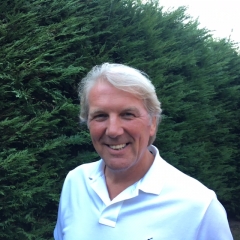 Mark Goodall was born and educated in Scotland prior to commencing his career in Aberdeen in 1983 with the Swire Group. He first came to Norfolk in 1984 when his employer acquired a Great Yarmouth based business and a month’s secondment became permanent. Mark subsequently joined a stevedoring and crane hire company in Great Yarmouth where he became Sales Director and in 1990 joined the Great Yarmouth Port Authority as Commercial and Marketing Manager. In 1998 he joined Kvaerner Oil & Gas where he has continued his career through various changes to Aker Kvaerner and more recently Aker Solutions.

During the late 1990’s Mark was a Governor of Great Yarmouth College and in 2001 he was one of the original Board members and non-executive Directors of the East of England Energy Group (EEEGR) which he continues to serve to this day, including two terms as Chairman from 2006-2010 and 2012-2015.

In 2005 Mark also became a Trustee and non-executive Director of Petans Training Centre in Norwich and became Chair of Trustees in 2014.

In 2011 he was invited to join the inaugural Board of New Anglia Local Enterprise Partnership (LEP) and he continues to be a non-executive Director of the LEP and is the Board Sponsor for Energy and Enterprise Zones. He also Chairs the New Anglia Oil & Gas Taskforce.

Earlier this year Mark was invited to join the Supply Chain, Exports and Skills Board set up by the newly formed Oil and Gas Authority where he represents the East of England.

All of Mark’s non-Executive Directorships are undertaken on a voluntary basis.

A former rugby player for North Walsham, Norfolk and Eastern Counties in the 80’s and 90’s, Mark now enjoys cycling and has more recently started park runs in Norwich where he lives.

Mark says “It is a great honor to receive this Honorary Doctorate from the University of Suffolk and I feel very proud while humbled in doing so.”