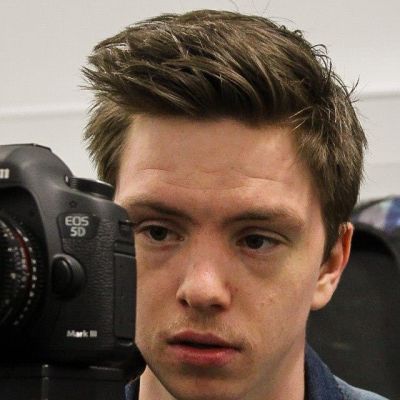 I’ve always learnt that to achieve greatness you must put yourself into a situation that challenges you, only then will you see your true qualities and determination and come out of the other end with a smile on your face and your head held high.  Even one year on from graduating my aspects upon life have not changed.

Around 5 years ago, I made the decision to found a filmmaking production company called Village Green Pictures. I was 16 at the time, but I wanted to do something different, I guess you could call it the best preparation for what was to come. There is something so gratifying about executing an idea and watching it flourish, don’t get me wrong there were tones of gambles, am I good enough? I’ve got no business experience? will people pay for videos from a student? But for that little moment in my life I felt proud and excited about the journey that was to come.

In 2014, I worked on and released a documentary called ‘Developing Ipswich’ featuring former Ipswich MP Ben Gummer, who I’d met at the University of Suffolk [then University Campus Suffolk] Summer School. I was interested to hear about his plans for the town… I remember, scrolling through twitter and seeing a message from the Ipswich Star wanting to know more about my story and wanting to feature about the upcoming documentary and my early journey as a student entrepreneur and filmmaker. It ended up having a whole page and having a bit about my story on the front page, which at the time and still is a big deal. I also ended up winning an Award at my college because of it – due to my surprise.

Fast forward to now. Before and since graduating I’ve had the pleasure to work on a wide variety of projects from helping to promoting the Felixstowe Community Nature Reserve in a documentary that was created to bring awareness to the original idea posed by Adrian Cooper, which ended up people seeing the video that was created over the other side of the pond. I recruited Sebastian Balisson and Callum Simmons to VGP in 2016 and we’ve been making a wide variety of projects since then and will continuing to do so for many years, and hopefully win an award or two…

One of my highlights was being able to film a Q&A with Sir Michael Palin at Film Feast Suffolk 2018. Film Feast Suffolk is an event which mixes the signature dishes featured with films in a whole film-festival format, where films are watched, and you eat the signature dishes afterwards. If I hadn’t of founded a business, then none of this would have been possible. I also had the amazing opportunity to pitch my business to the IWIC and be one of 3 winners of the Student Entrepreneur Development Programme, where we were given a year’s access and support to the facilities. Due to how busy my last year was, I never really managed to use the hot to desk, but the support that I managed to achieve through this helped me a lot. I was also featured in the Faces of Suffolk campaign as well.

Since graduating I’ve been working for Ipswich Borough Council, creating corporate videos to show what other service areas do, bringing attention to the 22 individual service areas which included interviewing  65 people from a variety of positioning and seeing a wide scope of what they do from visiting the Winerack during it’s early development stages (which involved going on the top of it) I finished this position recently, but the experience I gained through mentioning about my business helped me secure this position and help people promote and show what they do through the work that I do.

I’m in that phase where I’m more excited than ever to create and produce video content. Recently, it’s been hard to get clients and people to make videos for VGP. But considering how busy it’s been for the last 5 years, it gives me valuable time to reflect and refine what I’ve been doing so well for the last couple of years.

If someone says to you that you can’t do something, do everything you can to prove them that they are wrong. I’ve had doubters all my life from early school bullies to people telling me that I’m not good enough, but have I ever let them stand in my way… No. I used it as a catalyst, something to drive me on to achieve the best that I can for myself and for my business.

Village Green Pictures was founded in 2014. Assistant Director Callum Simmons and Editor Sebastian Balisson joined the company in 2016. We make anything from music videos to short films and cover everything from musical performances to sports events.

We have been featured on numerous occasions in local press publications such as the EADT, Ipswich Star and Felixstowe Magazine and appeared on local radio stations including Felixstowe Radio and Ipswich Community Radio (ICR FM). We've most recently worked on covering events such as Woodbridge based food and drink festival Film Feast Suffolk which involved filming a Q&A with British comedy and film great Sir Michael Palin. We have also photographed the matches of the UOS Women's Futsal and Football team.

If you want us to make a video for your business, event, band or simply want to talk to us about film-making or if you know anyone who would benefit from our services, feel free to contact us at villagegreenpictures@gmail.com