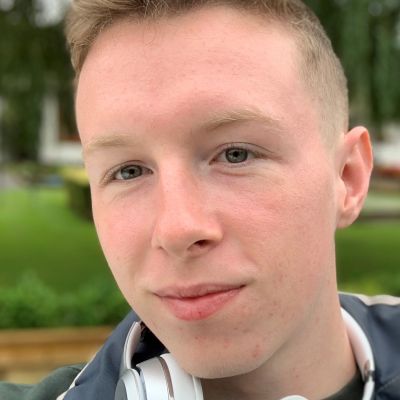 Lewis is in his second year of a Network Engineering degree, alongside full-time employment at BT.

Unfortunately, the Covid-19 pandemic meant that he was unable to access certain sites and resources from home in the initial stages of lockdown. But Lewis hasn’t let this limit his opportunities. The structure of his apprenticeship was altered a little in order to suit his access needs. Thanks to the rotation system at BT and the support of his line manager, there hasn’t been a serious impact on the amount of work that he can produce, and he is also able to work effectively from home if needed.

Lewis has found the student journey during the closure of campus very challenging to say the least. When Lewis first heard that he wasn’t going to be in the building for his studies, he was worried that it would be a horrendous experience. However, he found that it was the complete opposite and virtual learning is working a lot better than he could have imagined. He believes that the personal touch of being able to communicate with lecturers to ask questions face-to-face has been lost, but still feels supported by the course team and explanations, just over a computer instead! In addition, even though he is unable to access the library physically, he is making good use o the remote access resources using Summon.

When asked if he would recommend an apprenticeship, Lewis said ‘100% yes! Do it! In my opinion, it’s the best of both worlds. You get to have on the job experience, which a normal university student doesn’t get, and you also get the university experience. In essence, you get paid to get a degree and you have a secure job at the end of it – what’s not to like about that!?  (This is based on the higher/degree apprenticeships that BT offer)’. Lewis feels that he has had so much support behind him in terms of BT and University work. He believes that he has learnt so much more than he thought he would in a year and a half and has received great support and advice from his colleagues.

Lewis aspires to complete his apprenticeship and to further his learning whilst continuing to focus on being a good member of the team. He then hopes to become a line manage and a Senior Manager further down the line.