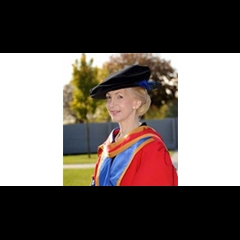 Lady Barbara Judge is chairman of the UK Atomic Energy Authority and of the Governing Body of the School of Oriental and African studies. She has a keen interest in education and is on the board of a number international educational institutions.

Lady Judge studied in the United States of America and worked as a lawyer in the area of securities and corporations law. In 1980 she was appointed by the President to be a Commissioner of the US Securities and Exchange Commission. She served until 1983 and was the youngest person and only the second woman to serve on the Commission.

Lady Judge then moved to Hong Kong to become a member of the board of a British merchant bank and then in 1993 moved to the United Kingdom to become executive director of News International.

Lady Judge is the founder of Private Equity Investor plc and has an interest in a number of financial organisations.