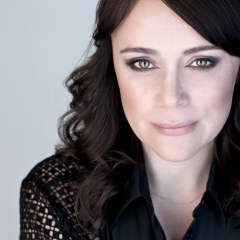 Keeley Hawes is perhaps best known for her numerous roles on television, including playing the part of Zoe in the BBC drama series Spooks and her role as Kitty Butler in the controversial BBC production, Tipping the Velvet.

In 2010 viewers also saw Keeley revisit the role of DCI Alex Drake in the third and final series of the BBC s celebrated primetime television series Ashes to Ashes, the prequel to Life on Mars.

In 2011 Keeley made her stage debut staring in Clifford Odette s Rocket to the Moon at the prestigious National theatre and until March of 2012, she appeared as Lady Agnes Holland in the BBC s hugely successful remake of the classic 1970 s series Upstairs Downstairs.