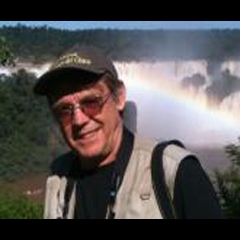 John Burton is the co-founder of the non-profit environmental organisation World Land Trust.With an extensive background in both journalism and conservation, John Burton has worked across many high profile international environmental organisations for the last 30 years including Friends of the Earth and as chief executive of Fauna and Flora International. He set up the first TRAFFIC offices of the Species Survival Commission (SSC) for IUCN, has been involved with the Wildlife Trade Monitoring Unit and was founding chairman of the Bat Conservation Trust.

John has also been a regular columnist with New Scientist, assistant editor of Animals magazine (now BBC Wildlife Magazine) and, in particular, a natural history author specialising in field guides including guides to European Mammals, North American Mammals and European Reptiles and Amphibians.

In 2005, John was appointed to the Editorial Statutory Board of BBC Wildlife Magazine, and from 2007-2008 he was a Trustee of the newly created BBC Wildlife Fund.

John has also written six children s books and edited several multi-author works including the National Trust Book of British Wildlife, Owls of the World and the Atlas of Endangered Species.