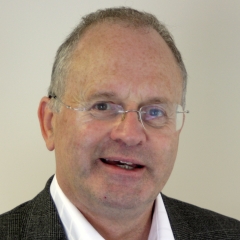 John Best completed his secondary education at Sir John Leman Grammar School in Beccles, Suffolk, before joining the Merchant Navy, aged 16 at the start of a varied and interesting career.

He has since been described as a dynamic leader with an enviable track record in developing businesses and organisations in sectors ranging from energy, enterprise and marine to waste, safety and retail. This has been delivered through commercial, membership, not for profit, associations and voluntary organisations.

His experience encompassed senior roles with a commercial waste operator and an enterprise partnership before he conceived and founded the East of England Energy Group (EEEGR) and became its first chief executive. EEEGR quickly became the region’s leading membership organisation and lobby group for the energy industry. His work through EEEGR was recognised in 2016 through a Lifetime Achievement Award.

John went on to become head of sustainable energy for James Fisher & Sons PLC. In the last two years, he set up and developed a small consultancy named Best Proactive, through which he delivers his passion for networking and bring people together to find a common voice.

An example of adopting this approach is shown through the East Coast Energy Internship funded by The Ogden Trust working with the Royal Academy of Engineering. A pilot scheme in 2016 supported 4 students. In 2017, 20 local students found placements to develop their STEM skills.

He is a Fellow of the Royal Society of Arts, a member of the Institute of Leadership and Management and the Institute of Waste Management. He is also an ILM Level 5 business coach and an ambassador for the Science, Technology, Engineering and Maths (STEM) Network.

John serves as a trustee for the PETANS training centre and for six years was non-executive chairman of the Beach radio station.