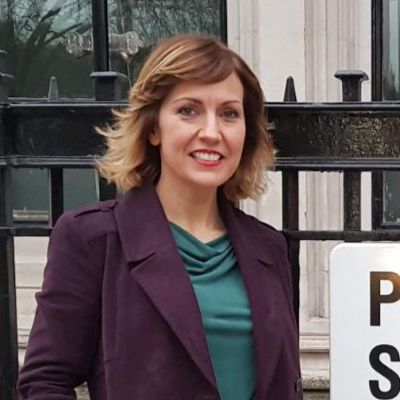 I stand here today reflecting upon my life, particularly my academic life that has influenced who I am and what I have become.  As a woman I fit into many of the political and economic stereotypes.  I did not do well at school and the expectations of those in a position to encourage academic excellence, my teachers, was to assume that my destiny would be to become pregnant and fade into the distance never to be heard of again.

This to a degree became a self-fulfilling prophecy.  I left school with only two GCSE’s, however, these opened up the opportunity for me to complete a hairdressing apprenticeship.  During that time I left home, became pregnant at 19 and by the time I was 21 had become a single-mother with the first of my four children.  So I suppose the assumption made by my high school teachers was right, but what they did not take into account was my determination.  However, determination without self-belief in itself is not a predictor of success.  It is hard to shake off a reinforced negative view of yourself that has been deeply ingrained.  When something is reinforced again and again by those in positions of authority, you believe it: especially as a child.  As we know children are taught from the moment they can understand to believe and respect adults, but more specifically never to question them and so I carried the shame of the label ‘single-mother’.

The first person who believed in me was my father who dared me to push the expectations I had placed upon myself in regards to employment, after having a conversation with him where I described my frustration of never earning enough money to totally escape the benefit system and all the judgements that came with it.  He told me the Port of Felixstowe was advertising tug driving jobs and that I should apply, as they were beginning to employ women in those roles.  I laughed at first, but then he told me how much they were paying.  It was 3 times as much as I was earning and I suddenly saw this as my opportunity to finally free myself from a devaluing system and give my children and myself a better life.  I was ‘determined’ to get that job.  I did get the job but by this time I had already become a single-mother for a second time so it wasn't easy working 12 hour shifts and some of the men at the Port made it clear that as a woman I was not welcome there, but there was no way I was going to leave.

Life however has a strange way of intervening, I met my husband and after 2 years of working as a tug driver I became pregnant with my third child.  At the time the Port was offering voluntary redundancies and very hesitantly I left the only job that had given me any kind of economic security.  Less than two years later I gave birth to my fourth child, but within the same year became a ‘single-mother’, again.  I was just about to turn 40.  After trying so hard to escape the system I found myself back in a council office queue, familiar tears of shame and frustration stung my eyes.  I well and truly fitted the label of a ‘single-mother’.  But in that moment I was still determined not to give up.

I began volunteering at my local children’s centre and it was a chance meeting with a 3rd year social work student that raised the idea of me becoming a social worker.  However, the thought of the amount and intensity of study required even be able to apply to university and the memories of my academic ability at high school, terrified me.  As I said earlier, life has a strange way of intervening and a co-worker at the children centre encouraged me to undertake a Community Parent Volunteers course.  This adult education experience was the complete opposite to my childhood experiences of education.  The tutor believed in me and through her constructive feedback and gentle encouragement, in 2013 I took the plunge and applied to Suffolk New College for a place on the Access to Higher Education and Social Sciences course.

On my first day at college the demons of self-doubt invaded my thoughts, but I was determined not to accept those labels that had been placed upon me.  Moreover, I wanted to be in a position where I could one day challenge them.  In 2014 I embarked upon my social work degree at the University of Suffolk where the Helena Kennedy Foundation award provided me with not just a financial bursary to help me through each of my three years at university, but also provided the opportunities for personal and practical support.  I am so grateful to the college for putting me forward for the Award and cannot thank the Foundation enough.

My journey however does not end there.  I did not sail through my University degree.  However, with each year that passed I slowly grew as a person and developed confidence in my academic ability despite being finally diagnosed with Dyslexia in my 3rd year, at the age of 44.  This diagnosis explained so much, however, I can’t help but wonder had my dyslexia been recognised at high school, my life could have been quite different.  But again, life has a strange way of intervening.  My dissertation tutor asked me if I’d ever thought of Educational Psychology as a career.  She went on to explain that this would mean completing a Masters in Psychology first and eventually a doctorate.  I was stunned that she thought I was capable – as she had been my harshest critic at university.  I asked her, “Do you honestly think I could do that?”  “Of course you can!” she said.  As she walked off I stood there trying to let what she had said sink in.  I finally saw why she had pushed and challenged me so much in the last three years; she believed in me.

I managed to complete my degree and was awarded a degree classification of a 2:1.  I had made it and I can’t begin to tell you how that felt and in recognition of my achieving I was nominated to give ‘The Vote of Thanks’ speech on behalf of my fellow graduates during the graduation ceremony.  The day of graduation ceremony is a day I will never forget.  Words cannot describe how I felt when I thought of how far I’d come since I first took on those labels of doom and failure associated with my childhood experiences of education.

I went on to study the MSc Psychology degree at the University of Essex, graduating at the top of my class and being awarded the prize for best thesis.   I have since been employed for the past 3 years as a Children and Young People’s Social Worker within the Family Solutions Team with Suffolk County Council. I utilise knowledge from both my degrees within my job role, as my role is to provide intensive therapeutic support to children and young people on the edge of care.

My social work education has confirmed that there are always the possibilities for change if the resources are made available to all and equality prevails.  An education system that encourages social, cultural and personal engagement as well as recognising individual differences and creativity is the key to changing society and lifting communities out of deprivation.

Education, for me, has been the catalyst for change and I am so excited for what the future holds.  I’m finally starting to believe in myself.