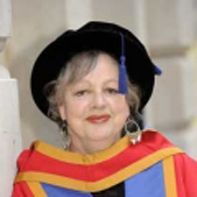 Jo Brand is one of the most successful female comedians of our time, but started her working life as a psychiatric nurse.

She started her career in comedy as a stand up comedian and was central to the British alternative comedy movement. In 1993 she became a resident panellist on BBC monologue show The Brain Drain. Her transition into mainstream television continued when she obtained her own series on Channel 4, Jo Brand Through the Cakehole.

Her television success continued with guest appearances on shows such as Have I Got News For You and QI. She has had several solo television series, and presented shows such as Jo Brand's Commercial Breakdown.

Jo is an active supporter of Comic Relief taking part in Comic Relief does Fame Academy, Comic Relief Does The Apprentice, and Let's Dance for Comic Relief. In 2003, she was listed in The Observer as one of the 50 funniest acts in British comedy. Her recent comedy 'Getting On', a satirical British Sitcom based in an NHS hospital, first aired on BBC4 in 2009 and a second series was commissioned in 2010.