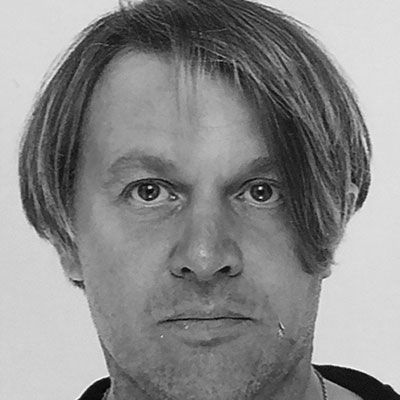 Jason Bill studied architecture at Leicester Polytechnic and then the University of Brighton before commencing a Ph.D researching the Swiss Architect Max Bill at the UEA in Norwich. Whilst at University spent time working in the Netherlands and then Norway where he designed a Viking museum, then after registering as an Architect Jason worked in Richard Rogers studio in Tokyo Japan. This was followed with three years working in both Seattle and New York, before returning to London and working for both Munkenbeck + Marshall and then Foster & Partners designing the Boston Museum of Fine Art.

In 2004 after establishing “atelier-bill architects” a project was featured on Channel 4, in Alain de Botton’s programme “the Perfect Home”. Since establishing the practice in Norwich, Jason maintained links with Japan and Klein Dytham Architecture, who provided assistance upon arriving in Tokyo some years before, through this connection Jason is the organiser of “Pecha Kucha Nights” in Norwich.

Jason has experience working on a number of museum projects, including helping with the Bellevue Art Museum and Grand Rapids Art Museum. Jason was invited to attend CABE’s conference on Housing design in 2010, and the “Learning from Denmark” conference organised by the Royal Danish Embassy.

Jason has offered design tutoring at De Montfort University, Fachhochschule, Kaiserslautern and the University of Washington. Jason has a fervent belief that the design of affordable housing, that values people can enhance the build environment and in turn up lift the human spirit and such is achieved by society valuing creative design.