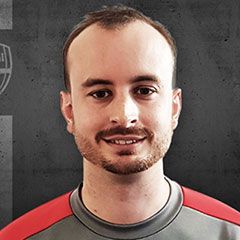 James graduated from the University of Suffolk in 2013, after which he took on the role of Head of Academy Analysis at Ipswich Town FC. Following this, James joined Arsenal’s Academy in September 2015.

James says, “During my degree I was very proactive, and took on any extra-curricular experience I could get my hands on. The relationships the University has with their football club partners helps a great deal, but you have to make the most of your opportunities. I was able to complete a performance analysis research project in my final year, and I greatly enjoyed being able to study something that was linked to my career ambitions.”

At Arsenal FC, James works closely with the Under-16 squad and coaches at Hale End, monitoring their progress, and assisting in their development programmes.