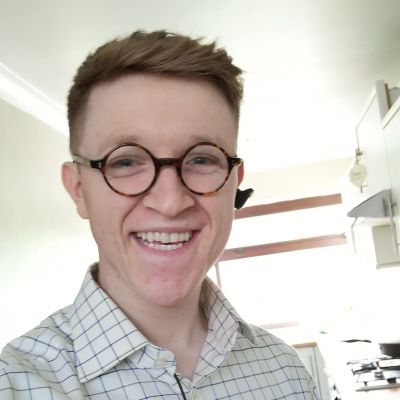 Dissertation of the Year Award

Hello, I’m Jack. Let’s get straight to it: here’s why the University of Suffolk is the right place for you.

I had never been to Ipswich prior to earning a place at Suffolk. I graduated with a First-Class degree in History in 2014, and I haven’t looked back.

As an 18-year-old, I spent my formative years in Ipswich and the experiences I was exposed to over the next three years have – as cliché as it sounds – made me the person I am today.

Tracing back my journey, all roads lead from Ipswich: I would not have been a Political Advisor at the heart of our political system, or a postgraduate student studying Early Modern History only a few years ago, without having studied at Suffolk.

When I chose Suffolk as my first choice back in 2011, I remember with crisp clarity that the proximity to lectures, the first-rate student accommodation, the picturesque waterfront, football pitches and the convenience of Tesco extra (where else would I buy beers?) made the prospect of being a student at Suffolk exciting. I loved the camaraderie of the football team as we ventured across the country for our away matches. Left-back was where I plied my trade.

More importantly, as I would come to learn, the History Department itself is brilliant. It has long been recognised as one of the best in the country and continues to outperform its counterparts. Don’t just take my word for it – History at Suffolk is ranked second on the Guardian’s 2020 league table, one above Oxford.

It’s not hard to see why Suffolk is a popular destination. The campus and the quaint university-town-like charm trumps the less personal experience I would go on to experience at one of the biggest universities in the country. At Suffolk I knew my lecturers well, I got the right support, and I felt every member of staff invested in me. I’m not a special case either: I wasn’t the most studious student during the first year, having only just scraped through.

As a history student I was taught the importance of rigorous research and analysis, how to write well and how to articulate myself. These are skills that are indispensable for a career in politics as it is in the media, as I would later go on to learn.

Unsurprisingly, all the above has well prepared me for life outside of university in ways I could have never foreseen. But my career hasn’t been far from seamless: I worked in retailers and a bookmaker before I began working summer jobs on construction sites during my time in Suffolk to get extra cash. After my degree, I was lucky enough to get my first shot in politics. I was the junior staffer of a Member of Parliament’s team in Westminster, but I tried hard and learned what I could.

From there I took a postgraduate degree in – you guessed it – History, before working in local government. As I began to climb the career ladder, I moved into press. I wrote articles and press releases for journalists which have secured national coverage. You’ve probably read, heard and seen news stories which I helped create, and having written my fair share of history essays at Suffolk gave me what felt like a three-year head start in how to write well.

As a current political advisor to a Shadow Minister in Parliament, history has prepared me no end. Countering misinformation in the digital age, knowing how to research and fact check sources, and more broadly having an understanding of and an appreciation for history, are all important to the integrity of our political institutions and trust in our democracy. Again, these are skills I picked up first during my time at Suffolk.

Interestingly, Members of Parliament study history more than any other subject bar politics. The same is often heard about new entrants to the legal sector.

Above all, for those of you like me who was the first in my family to go to university, when I first considered the prospect of further education I wanted to study a subject that was sufficiently broad. I didn’t know what career I wanted to pursue at that age, and I felt that the flexibility of a well-regarded subject would stand me in good stead. I am convinced that History – and History at the University of Suffolk – was the right choice.

My lasting memory of Suffolk was, perhaps surprisingly, handing in my dissertation. It was a bitter-sweet moment, but that physical dissertation in my hand as I wandered the corridors to the submission room was unforgettable because it was the product of months of hard work. Was it worth it? Absolutely, it bagged me the grades I needed to secure a first-class, alongside the History Department’s Dissertation of the Year Award.