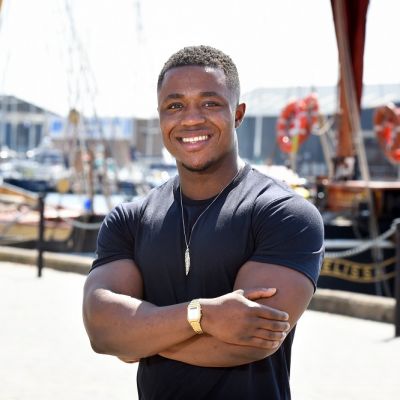 I’m from Galway in Ireland, and when I first moved to Ipswich, I didn’t really know anyone other than my family. I was a massive loner! That’s why I started training - I wanted something that would occupy my time. Back in Ireland, I was involved with sports all my life. I was in the under 16s basketball team so I’ve always played sports at a high level. When I got tendonitis in my Achilles, I had to stop playing and couldn’t do any fast activity involving running. That’s another reason I got in to lifting, so I could still keep fit.

I don’t know what I’d do without training, it’s been a part of my life for so long. I started seeing mad progress and joined a proper bodybuilder’s gym. The guys there were huge! They would give me tips and convinced me to try competing. At first I was against it, I wasn’t sure it was for me, but I tried it to see what the hype was about. That was my first show at 18. Although I didn’t place, losing just made me work harder.

Bodybuilding is very tough both mentally and physically. It’s a whole lifestyle – you have to get as lean as possible for a show. Some people stop drinking water altogether, I tend to just cut down my water and carb intake. It helps to prevent spill over and will help to show definition. It’s a lot more scientific than people think!

I’m currently studying Bioscience, it’s the subject I’ve always enjoyed the most and I’ve always done well in. I wanted to be a doctor growing up. I still see myself following up my degree in the future, but I definitely want to pursue bodybuilding for the moment and gain my pro status to become a pro athlete. I’ve had a lot of opportunities lately and I don’t want to waste them, you don’t know when they’ll come along again.

My advice is just to go all in. If you have an idea, just do it and do it for yourself, not for anyone else. If you’re doing something you love, it’ll pay off. If it doesn’t, then at least you’ve given it a go.