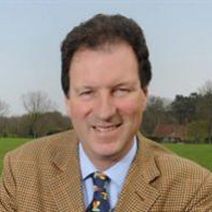 Honorary Graduate of the University

Henry was born in Norfolk and educated at Harrow School before going on to study Rural Estate Management at the Royal Agricultural College, Cirencester, qualifying as a Chartered Surveyor in 1981.

Henry is a Deputy Lieutenant for the county and is the current High Steward of Great Yarmouth, having taken up office in October 2013 and he was previously High Sheriff of Norfolk for 2012-13.

He is married to Sara and has three grown up children and has recently become a grandfather for the first time. Henry runs his own mixed farm at Salhouse producing pedigree British White beef.

Henry is currently Chairman of the Royal Agricultural Society of England based at Stoneleigh in Warwickshire as well as the Association of Drainage Authorities which is the membership organisation representing all of the 140 Internal Drainage Boards in England and Wales. He is also Chairman of Trustees for the Norwich Cathedral Trust having successfully lead the campaign to raise £12.3M for the building of the new Refectory and Hostry buildings at Norwich Cathedral which were graciously opened by HM The Queen in May 2010.

He was awarded an OBE in Her Majesty The Queen’s 2008 Birthday Honour’s List for his services to the Community in Norfolk.