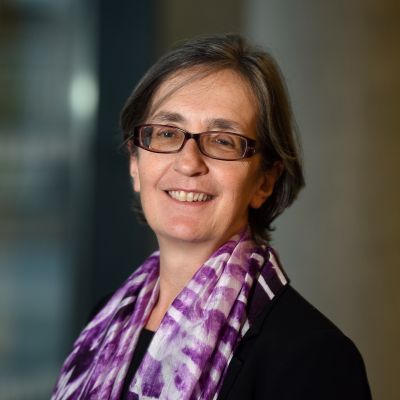 Professor Helen Pankhurst is a writer, academic, women’s right activist and senior adviser to CARE International, working in the UK and Ethiopia. She is a trustee of ActionAid and a Visiting Professor at Manchester Metropolitan University.

Professor Pankhurst is the great-granddaughter of Emmeline Pankhurst and granddaughter of Sylvia Pankhurst, leaders of the British suffragette movement. Her appointment as Chancellor comes in the centenary year when some women gained the right to vote.

Her book, Deeds Not Words: The Story of Women’s Rights, Then and Now, was released to coincide with the anniversary. It has been highly praised and is being used to highlight not only the progress made over the last 100 years but how far we still need to go. Professor Pankhurst has spent a large proportion of the centenary year (of when propertied women over the age of 30 were granted the right to vote) to celebrate, highlight and to speak out.

Professor Pankhurst was involved in the Opening Ceremony of the 2012 London Olympics alongside her daughter, Laura, and as well as a cameo in the 2015 film Suffragette, she also acted in an advisory capacity. Each year on the Sunday before International Women’s Day, Professor Pankhurst and the Olympic Suffragettes lead a march in London to continue to raise awareness of the importance of women’s rights.

She was brought up in Ethiopia until the age of 12 and initially had a French education. After moving to the UK, she attended Atlantic College in Wales, studied at the University of Sussex and Vassar College, New York before gaining a social science PhD from the University of Edinburgh. She also holds an Honorary Degree from Edge Hill University.

In 2019, Professor Helen Pankhurst was awarded a CBE in the New Year Honours list, for her services to gender equality.