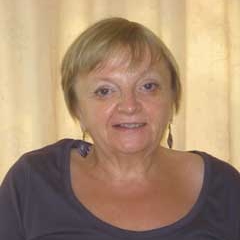 Gwen Parsons was Principal of Lowestoft College from 2002 until her retirement in 2010 and was an early pioneer of the university as a whole as well as the campus in Lowestoft.

She started the Waveney Learning Community, working with the voluntary sector to develop routes into FE, and was a key player in the development of Lowestoft Sixth Form College which is co-located with the FE College.

In 2000 she became Vice-Principal of a large FE college in Wolverhampton and updated herself on the English Further Education system before moving to Lowestoft College in March 2002.

In retirement Gwen is still very active within the local community. She is a governor of Pakefield High School and a trustee of DIAL Lowestoft & Waveney which is a charity run largely by disabled people providing information and advice to disabled people, their families and carers.