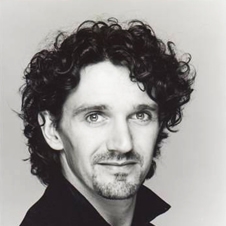 Gary Avis is widely recognised as a Ballet Master and Principal Character Artist of The Royal Ballet. Born in Ipswich, he trained at The Linda Shipton School of Dance before winning a place at the Doreen Bird College of Performing Arts in Kent. He completed his studies at The Royal Ballet Upper School and was then awarded a contract to dance with The Royal Ballet Company at The Royal Opera House, Covent Garden where he was promoted to Soloist.

In 1999 Gary co-founded K Ballet Company in Japan and also spent two seasons dancing with English National Ballet before rejoining The Royal Ballet in 2004.He has subsequently been appointed as a Principal Character Artist and Ballet Master.

A leading dance actor of his generation, Gary has performed at many of the great opera houses around the world and continues to perform an incredible variety of the most demanding roles in The Royal Ballet repertory including: Drosselmeyer in The Nutcracker, Tybalt in Romeo and Juliet, Orion in Sylvia, Von Rothbart in Swan Lake, Monsieur GM in Manon and Ugly Sister in Cinderella. He is perhaps best known for his award winning partnership with the great British Prima Ballerina, Darcey Bussell.

In addition to creating roles with Bussell at Covent Garden, he also partnered her in Sir Kenneth MacMillan s Song of the Earth as her farewell performance at Covent Garden, broadcast live by BBC Television around the world. He subsequently joined her as a special guest with Katherine Jenkins on their Viva La Diva Arena Tour and as her guest partner on the cult BBC show, Strictly Come Dancing.