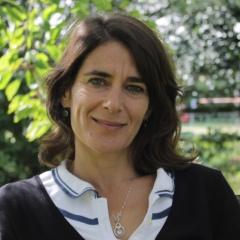 Esther Freud trained as an actress before writing her first novel, Hideous Kinky, which was short listed for the John Llewellyn Rhys prize and made into a film starring Kate Winslet.

After publishing her second novel, Peerless Flats, she was chosen as one of Granta’s Best Young British novelists.

Her other books  include The Sea House and Lucky Break, and her most recent,  Mr Mac and Me,  won Best Novel in  the East Anglian Book Awards.

She contributes regularly to  newspapers and magazines, and teaches creative writing for the Faber Academy.

She is currently working on a new novel, and a stage play,  Stitchers, about the charity Fine Cell Work.

She lives between London and Suffolk.