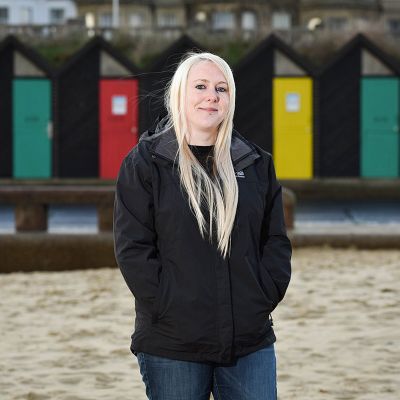 It all started in high school when I studied Design and Technology and worked with resistant materials. That’s when I realised I wanted to go in to engineering. I started off as an apprentice, which was a bit more hands on. It’s quite a diverse industry; I’m studying Operations Engineering alongside my job which can be hard with juggling work and studying at the same time.

I think it’s about encouraging engineering as a whole as there’s a skills shortage at the moment. Although there aren’t many women in engineering, it’s getting there and it’s definitely getting more recognition. I think the problem is that engineering isn’t really broadcast much especially in schools; there’s not much exposure to it. It tends to fall under Design and Technology but really it’s a STEM (Science Technology Engineering and Mathematics) subject.

The thing I love most is the challenge and the problem-solving. It challenges you and makes you develop as a person. It’s also good to see apprenticeships getting promoted more – it was a good route in to the industry for me and I would encourage more people to consider apprenticeships.

The first thing I thought when I joined as a female engineer was that it was going to be a male dominated industry, but to be honest, I was treated the same as everyone else. At the end of the day, it doesn’t really matter what gender your colleagues are. If you’re female and thinking of becoming an engineer, I would say don’t be scared or put off and keep an open mind.