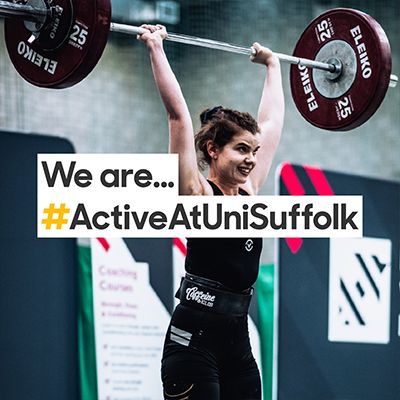 I'm Emily and I'm studying on the MSc Applications of Psychology course.

I think it's important to be fit and active because of the benefits it has for both mental and physical health. I didn't exercise at all for several years, but since becoming active I have so much more energy in my daily life. I also mentally feel much better. I've always be affected by anxiety and since starting weightlifting I have so much more confidence and resilience. I really believe it's especially important for women to feel included in sport, especially in weightlifting which is stereotypically considered to be a male-dominated sport. When I first started going to the gym, I wasn't active at all and found the idea of getting started very daunting, so I want to show others that you can always make a start and get active.