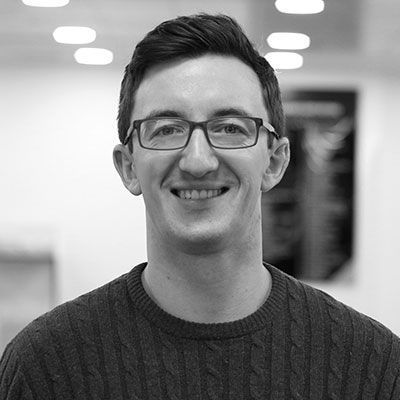 Dr Stuart McErlain-Naylor is a Lecturer in Sport and Exercise Biomechanics and Course Leader for BSc (Hons) Sport and Exercise Science with wide ranging expertise in both academic research and applied elite sports science support. His passion for sports science stems from a background as a former junior international Judo athlete and a current Vitality Netball Superleague umpire.

Stuart graduated from Loughborough University in 2013 with a BSc in Sport and Exercise Science, being awarded three awards including the Dean of School Undergraduate Prize for the best performance on an undergraduate programme. Following this he was awarded a Glendonbrook Doctoral Fellowship to study for a PhD in Sports Biomechanics at Loughborough University.  Stuart is a former Student Board Member for the International Society of Biomechanics Technical Group on Computer Simulation and Organising Committee Member for the 16th International Symposium on Computer Simulation in Biomechanics.

During his PhD, Stuart developed an athlete-specific computer simulation model, replicating the transmission of an impact shock wave through the human body following a landing impact. This model can be used to investigate the influence of variations in technique or strength on impact shock wave transmission. Other areas of Stuart's research have included sporting technique analyses, wearable technologies, eccentric overload training, and perceptual information processing.

Stuart has been involved in 3D motion capture biomechanical testing, and the generation of automated reports for feedback to players and coaches, in elite sports including cricket batting and bowling, tennis, and badminton. This applied work has been informed by Stuart's academic research into impact characteristics and shot outcomes in these sports, including the development of a novel method for tracking and assessing racket/bat and ball/shuttlecock impact characteristics.

Since joining the University of Suffolk in 2018, Stuart has taught modules ranging from Strength and Conditioning to Ergonomics and Skill Acquisition based modules.

Determinants of countermovement jump performance: a kinetic and kinematic analysis.

Relationships between technique and bat speed, post-impact ball speed, and carry distance during a range hitting task in cricket.

Journal of Strength and Conditioning Research.